A Day of Rest


After what seems like sewing non-stop for two months, I have seriously neglected my gardens.
I do not profess to be a ‘gardener’ as such; I like to think of myself as a custodian of the green stuff with a few pretty flowers for good measure. 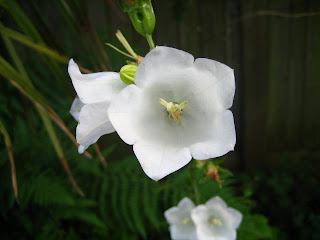 I have more gardening books than I care to mention; all bought on a whim in the hope it would transform me into a Pippa Greenwood or that very pretty one that does the Chelsea Flower Show with Alan Titchmarsh. (Incidentally she has the most  beautiful nails-how?)  I’m embarrassed to say many of them lie unopened and worse still, lost in the attic – but I get by on a wing and a prayer.
So it was this wild, windy, morning I awarded myself a treat – a day in the garden.  The shed (studio) remained firmly locked and Noddy stared at me statue -like through the window. 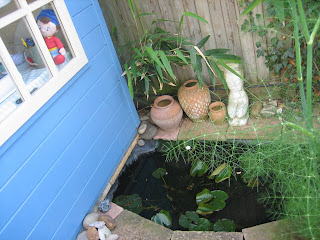 My shed straddles a tiny pond which my daughter, at the tender  age of 7, insisted on digging, as she wanted to own some fish! Like mother like daughter… 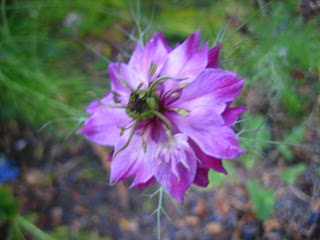 Usually, by June, I’ve managed to wrestle with the garden and get it into some semblance of order. 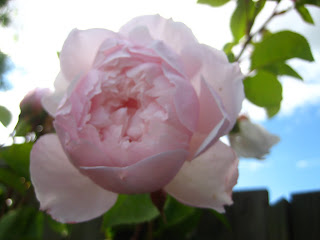 April and May passed by and no garden implements were looked at never mind touched and the garden grew and flourished and grew almost to a wildness. 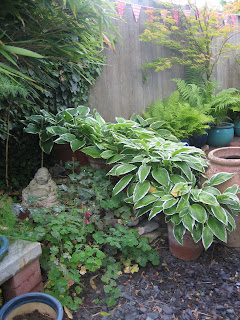 It took an hour or so for me to realise, once again, the many health-related benefits of being at one with nature. Six hours in the garden was as good as an aerobic workout in a stuffy, sweaty, artificially lit gym (not that I go to a gym or have ever been in one, but I’m told that’s what they are like by health conscious friends) 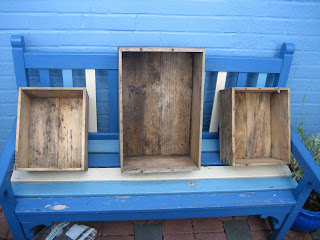 Amazingly, the stress seemed to leave my mind and body like a gossamer thread caught on the  warm breeze and I worked through the day, only stopping for a light lunch and the odd cup of scalding hot tea, taken whilst leaning on the rake and admiring the progress I’d made. 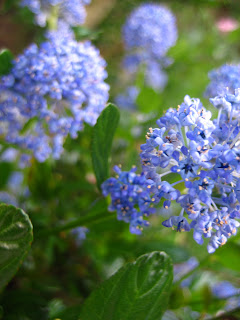 Although every day of the week I walk up and down the garden numerous times to and from my studio, I've  failed to notice the beauty silently developing in the borders. 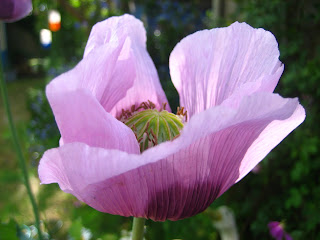 So out came the camera and in a gale force  wind I managed to take some half-decent photos as a way of apologising  to all the extraordinary plants that have been ignored for too long. 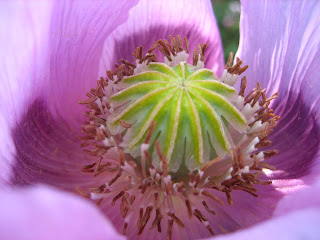 Incidentally – my handmade all-weather bunting I have around the garden has been up for nearly two years! It is as good as new and hasn’t faded or torn despite what the best of the British weather has thrown at it! 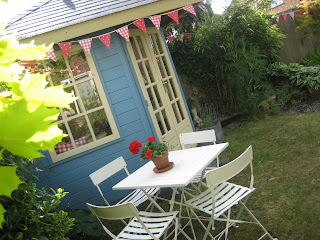 So if you would  some I’m doing a couple of custom orders and I’d be happy to make you some too.  Just email me your requirements and I’ll give you a quote. 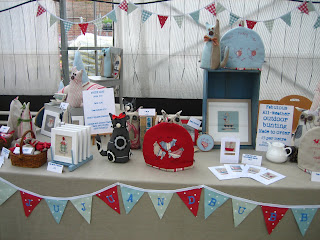 I made some tri-coloured bunting for my stall at Waddesdon Manor!

Jules
London, United Kingdom
Artist, designer & maker who loves to laugh, write, sew, draw, paint and make cakes - but not all at the same time!