'Last One Into the Bowl'

I'd like to dedicate this painting to my OH.
Long suffering doesn't even get near to it.
I should have picked something less challenging to paint but when this bowl of tomatoes waved and shouted frantically at me,
'Pick me! Pick me!' from across the kitchen, who could resist? 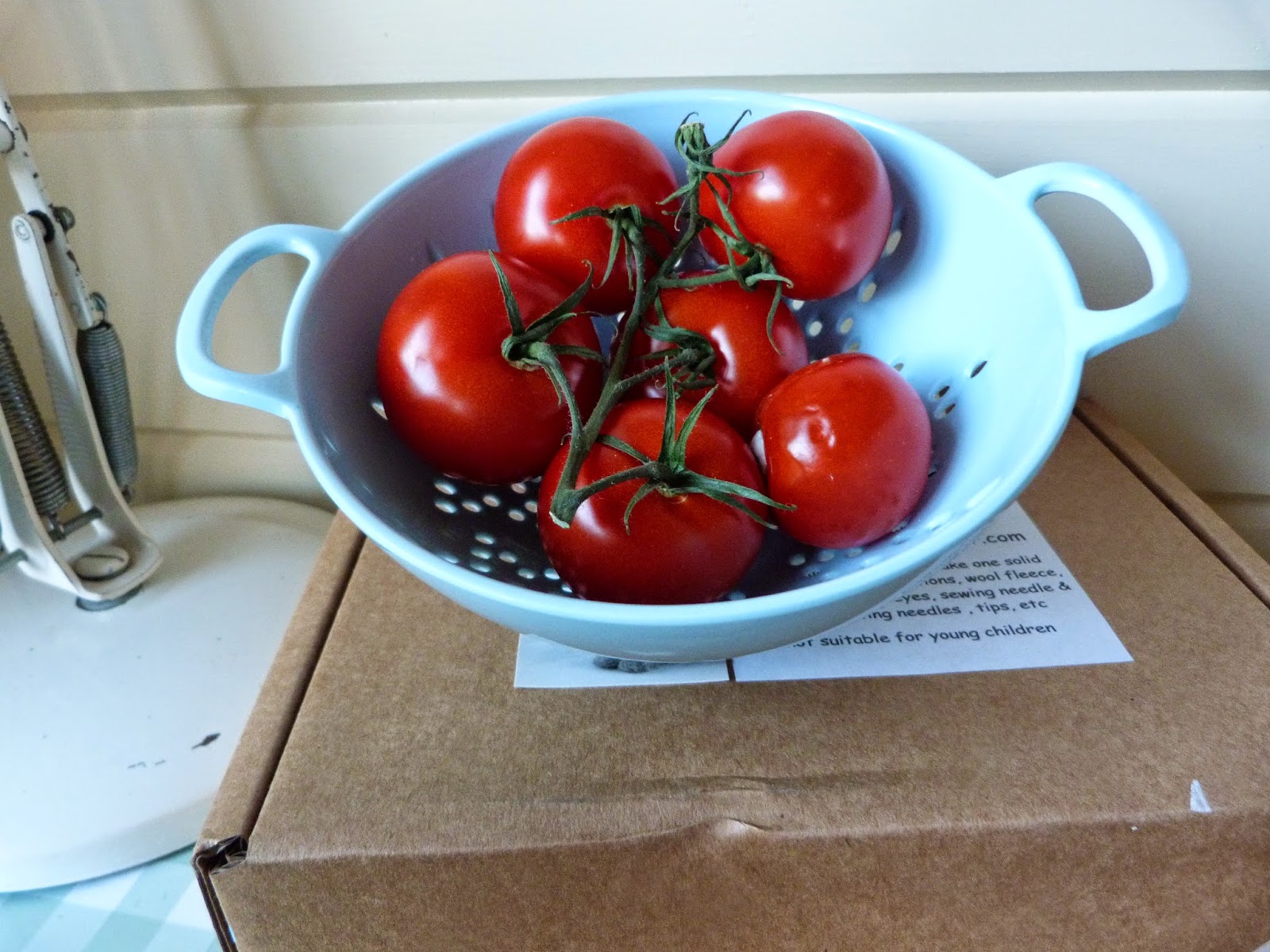 I should have ignored them completely, given them the Catherine Tate treatment 'Talk to the hand, the face ain't listening' and picked something a squillion times easier to paint....like my nails.

After work yesterday I was feeling worryingly upbeat, confident and a bit gung ho, thinking, 'I'll take on the world of painting today!'

Always a bad sign when tomatoes are involved and you've only got an hour or so to paint.
Anyway, never having set up a still life before, (it's hardly rocket science, is it?) I propped them on my mobile phone to give them a bit of a jaunty angle and plonked them onto a cardboard box. That should do it! 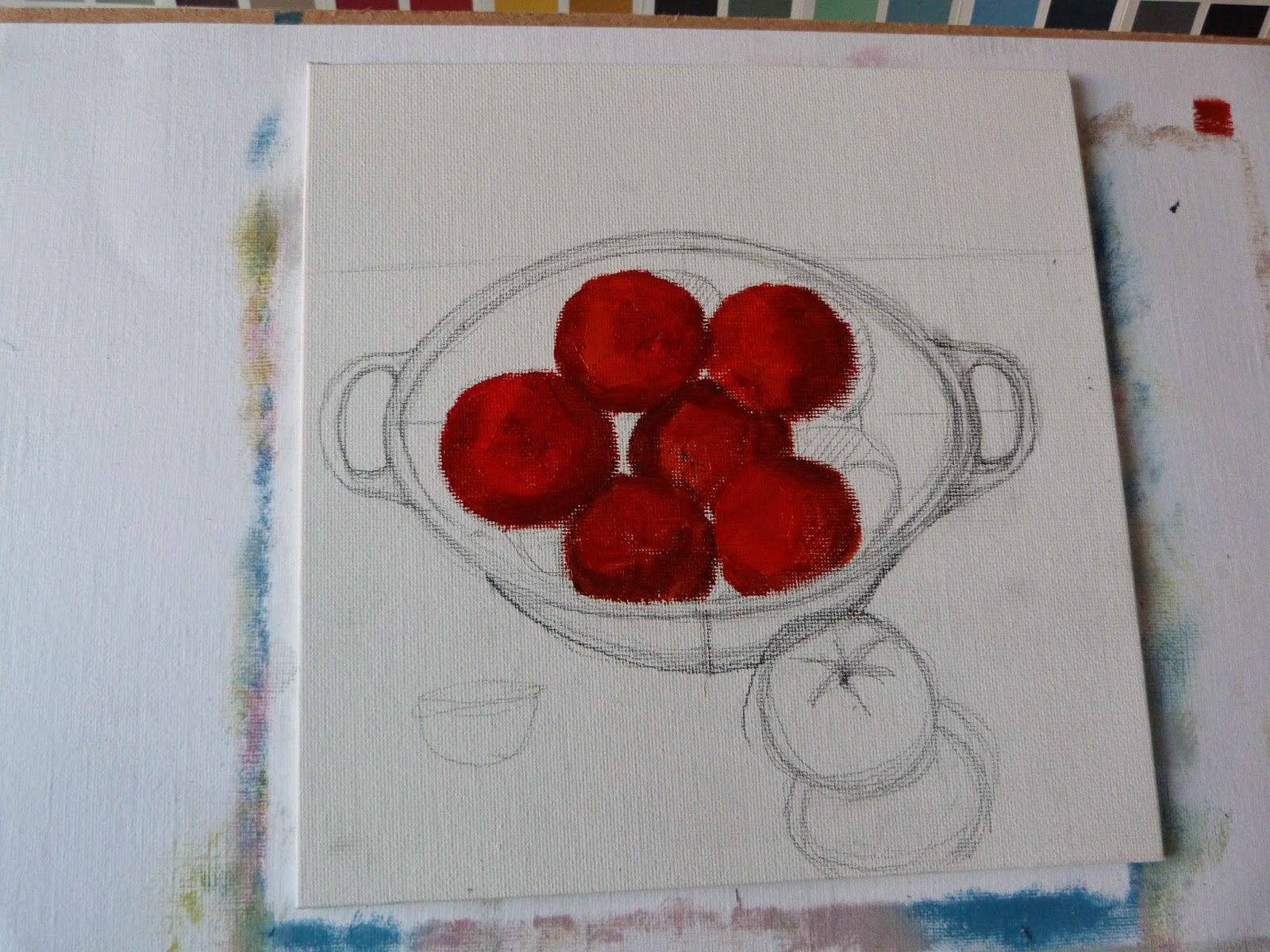 I'm not sure who won, but I know that I'm due for long term leave of some description, counselling, a bit of R&R in a Swiss spa, a stiff drink or three and have consequently developed an allergy to tomatoes.

I know, I know, they're only tomatoes and they're much smaller than me, easily squashed and I shouldn't be intimidated by them, but I was. *shakes fist at them for the umpteenth time* AKA John Cleese.

Not only that, but I had to draw that tricky oval shape thingy at the top n' cast shadows, n' reflected light, n' highlights n' then I had to mix a tomato colour (not easy and take my word for it it's not a straightforward, out of the tube red, neither!) And as they say in cricket, light stopped play.

Well, OH was home by then and I was making up sandwiches for the folllowing day and ahem! OH said tomatoes would be nice with the cheese sandwiches and I said although I HAD some they couldn't be touched, removed or moved in any way shape or form. 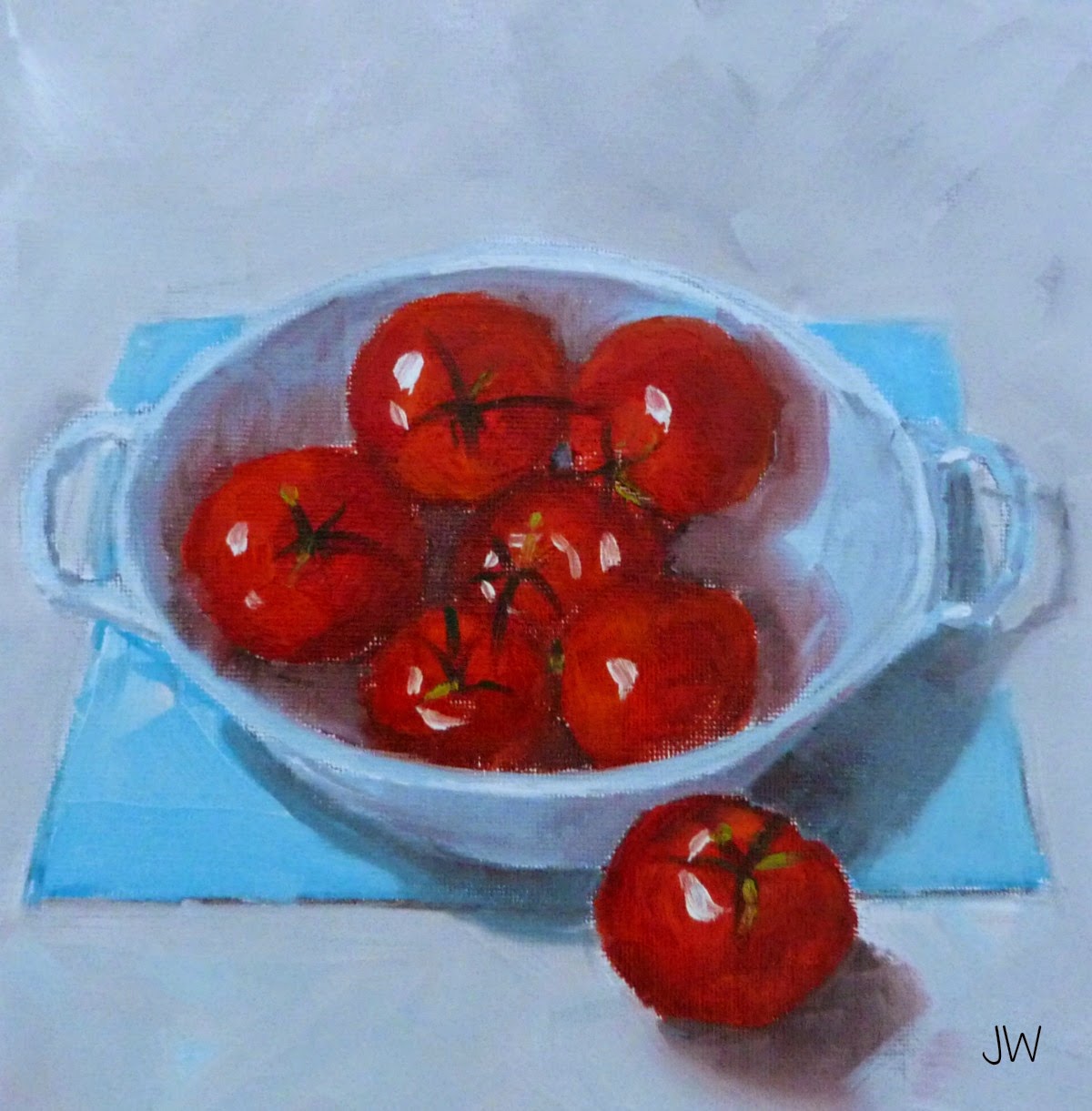 I shall gloss over the ensuing conversation but suffice to say, tomatoes remained in the bowl, in the shed, propped up on my mobile overnight.

So what was my challenge for this painting? Firstly and most importantly, to survive it.
Then in the following order -
1.Work on value
2.Use thick paint - no daubing with a micron of paint
3.Paint without glasses and eyes closed...well squinted
4. Use a bigger brush
5. Get to love still lifes
Not sure I managed many of them but I'm still here and already thinking about tomorrow's painting.

I can assure you, it won't involve anything resembling a tomato...

Keep up to date on a daily basis with what's going on in 'The Shed' by signing up to my Facebook page
www.facebook.com/jujuandbubba

www.jujuandbubba.co.uk
Posted by Jules at 7:00 am

Jules
London, United Kingdom
Artist, designer & maker who loves to laugh, write, sew, draw, paint and make cakes - but not all at the same time!